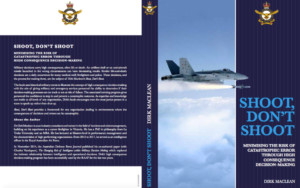 T3 makes up one part of the HCD Training Program, which is the result of extensive research into accidents and disasters, in both military and civilian fields. HCD Training is in use by the RAAF, as well as Emergency Management Victoria and other government agencies

Dirk is an experienced researcher, having obtained a PhD at La Trobe University and with publications in a number of academic journals. An early outline of HCD appeared in the November 2014 issue of the Australian Defence Journal.

Dirk has lectured at Masters level on the management lessons to be learnt from ‘High Reliability Organisations’ (HROs) such as nuclear power plants and air traffic control. He has taught ‘Human Resource Development’ within Masters in Business Administration (MBA) programs at several universities. Dirk has an MBA himself from La Trobe University’s Graduate School of Management.

Dirk also has expertise in the training field. He has designed and delivered scenario based training to Incident Management Teams (IMTs) at mine, oil and gas sites in Australia, New Zealand, PNG, China, and India. He assisted a RAAF training unit to meet their quality assurance and auditing requirements.

Together with his two sons, Dirk has been a keen laser tag player, their team winning the Victorian State Championship in 2008 and also competing in Nationals. He has long seen the potential for outdoor laser tag to be used as an effective training tool. T3 is the result of that vision.